Do you ever feel like wanting to sleep in a warm cocoon?

A warm place and position to sleep

Where no light enters your eyes

Do you ever want to be on a soft fluffy pillow and be under a quilt?

To feel your whole body sink in

Basically you want an experience of complete carelessness

So you can enjoy waking up

At lease the physical and mental peace of your life, the personal battles.

Because to fight the external battles you need energy and an at-peace feeling.

I’m tired and have so much on my plate.

Just that I want to sleep

A sleep that makes me feel warm

A sleep that makes me feel at home. Within me.

Is everything in vain

When you don’t receive praise from the right people?

Not the praise in words

Not the fake praise

The one that’s filled with acknowledgement

Even if with less or no words.

Is it in vain?

What good is a stranger’s acknowledgement?

What good is your best friend’s acknowledgement?

What good is your family’s acknowledgement?

So is it in vain?

And no, not for every little thing

But the general tone of people .

When you are generally respectful

When you are generally nice

When you are generally caring

When you are generally responsible

And you are generally… not considered… any of those.

Is it in vain?

When you go out of your way

To make someone feel important

To take your time and effort to empathize with them

To reschedule your priorities for them.

Is it still in vain?

When everything you do is disregarded

And everything you do does not matter

And everything you do is taken for granted

And everything you do is considered a lie

Is it all in vain?

Or should you be you, always?

It’s so many feelings all at once.

You’re very happy. But really tired all the time.

You love playing with your kid but you want some break too.

You want to do the best you can but you do enjoy help from around.

You love the laughs and smiles and giggles and jokes and hugs and kisses and cute communications but sometimes, “A little silence please? I’m really unwell, honey.”

You are proud of them when they go around the house by themselves without being scared or calling out your name but that’s scary on a whole new level. “Why is it so silent?!”

You are also proud of yourself for changing so many things you thought you’d never for anyone but it’s like they’ll copy ANYTHING you say or do. So you aaalways have to be careful.

You feel good about making the right decisions for your kid but there’s always some self doubt. Could you do it any better?

There are people who’ll uplift you and make you feel great as a parent. But there are also people who’ll make their life motto to tell you and, if not you, then surely all those around you that basically suck at parenting.

Sometimes you can happily defend yourself or even be completely okay with ignoring them. But sometimes these things will get to you and you’ll start questioning yourself.

It’s so many things to think about. There’s so much to do, not do, learn, change, teach, preach… God!!!

What I’ve learnt in my little experience.. is to surround myself with people I trust. People who won’t lie to me just coz they know me. People who won’t say something cheesy just to hurt me. But people who I can trust with the truth. Who trust me with my decisions but can openly call me out when I’m wrong. They can guide me and still support me if I decide to go in the opposite direction.

Oh no. It doesn’t solve the overwhelming-ness.

It just makes it easier. Hmm a lot easier 🙂

And you have to smile.

Coz you can’t respond to every dumb thing someone says.

And also you can’t waste your energy on something that isn’t worth it.

But is that being strong?

You think about it.

Analyzing why they said that.

Maybe it was true. Maybe you are like that.

Maybe you need to work on it.

I guess so. It shows you’re someone with emotions. Someone who thinks. Who puts herself to trial when wrong. Someone who wants to accept her mistakes. And change. And when not wrong, someone who can brush it off.

And that’s a good thing.

Instead of thinking and moving on

You stand right there.

Beating yourself up for what someone who doesn’t matter said!

What if people think you’re rude coz you answer them back when you know you weren’t at fault.

What if people think you’re happy coz you never let anyone’s crap get to you.

What if people think you’re strong… coz you don’t let others bring you down.

About to cry, at all times.

Too tired to defend yourself or clarify. Or even feel guilty and apologize.

What if you constantly wish for someone to defend you or take the hits for you.

But maybe that’s normal too?

Maybe what matters is how you handle it.

Every day. A struggle. Constant.

Maybe what matters is you can keep yourself sane and remain a good person without letting those people’s behavior get to you.

“You think too much. You know you need to stop taking so much stress.”

Wow.. I wonder why this didn’t occur to me!

“But I can tell they treat you wrong. I noticed that thing they did. Don’t you say anything?”

They shake their heads,

“That’s where you’re wrong. You’re letting them disrespect you.”

“Oh no, don’t worry. I respond when needed and stay silent when important.”

“But you’re making them used to of hurting you.”

“I actually did take a stand for myself the other day. I said blah and blah.”

They make a face,

“Ooh you shouldn’t have said that. That’s not sensible.”

“But.. you yourself said I shouldn’t always ignore. I should say something.”

They break it down,

“When that happens ever again, just ignore it. It’s not a big deal.”

“Uh… yeah sure. I actually do that more often now.”

“You’ll never create a space for yourself with this poor-lad attitude. Nobody would ever respect you. You’ll never be happy this way.”

I question, frustrated by this cycle,

“Just try to be happy,

Ignore when important and only respond if necessary.”

“Sure. Thanks for your help.”

How do you know the mark.
Not to be impatient.
Not to take too much.

What’s impatience?
What’s too much?

Maybe I lack all.
It doesn’t seem so obvious to be common sense to me.
My brain isn’t wired to know how to be wise.
I’m not a robot, in which instructions can be installed, so I can have the ability.

Maybe it’s my fault.
Or I’m like this by default.
But I CANNOT be created on fault!
I’m a human being. Not an angel.
I’m created a certain way.
With a great soul and a flawed mind.
This is how I am. How you are. How we are.

My friends look past my shortcomings and only see the good.
My enemies might be honest when pointing out trivial details.
Who do you listen to? Who do you believe?

Am I justifying my mistakes?
Am I being too humble?
What’s the balance?
How do you know.. 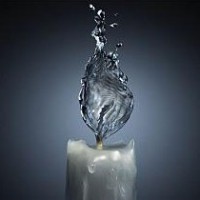 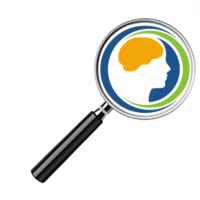 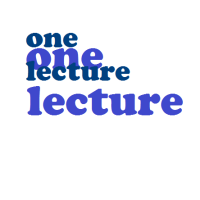 A blog full of humorous and poignant observations.

ONE lecture per day. Just 15 minutes or less.